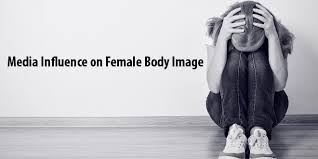 Media is one of the most pervasive and powerful ways that influences us on how we perceive men and women. The messages that are sent through the media are woven into our consciousness all the time. All forms of media continually send messages of the sexes: watching a movie and a television show, listening to the radio, surfing online or turning the pages of a magazine. Regardless of your choice of media there is a pretty good chance of encountering unrealistic, stereotypical and sexist images that perpetuate gender discrimination.

Women in different types of media tend to have the same body type and are very often sexualized. They are very often presented as opinionless and when they do their opinion is not given any importance. Women are far less likely to be offered roles as leaders or professionals; they are very often portrayed as either housewives or in caring professions. Research conducted in more than 100 countries found that 46 per cent of news stories, on newspapers, on radio and on television uphold gender stereotypes. Men still occupy 73 per cent of top media management positions.

One way in which the media distorts reality is in underrepresenting women. Whilst women represent half of the world’s population, less than one third of all speaking characters in film are female. In newscasts, a field in which women make up 16% of newscasters and in which stories about men are included 10 times more often than ones about women, media misrepresent proportions of women and men in the population. This gives the impression that there are more men than women. The lack of women in the media corresponds to the lack of women in charge of media. It is estimated that only about 5% of television writers, executives and producers are women. And while more than half of journalism graduates are women, they make up less than 2% of those in corporate management of newspapers and only about 5% of newspaper publishers.

Media continues to present both women and men in stereotyped ways; this limits our opinion about males and females. Men are normally portrayed as active, adventurous, powerful, sexually aggressive and most of the times not involved in human relations. On the other hand women are depicted as sex objects who are usually young, thin, passive, dependent, emotional and stupid. Female characters are shown as giving importance to their image and taking care of homes and other dependents.

Women are often portrayed as significantly younger and thinner than women in the population as a whole and most are depicted as dependents on man, passive and always seeking to be in romantic relationships. The requirements of youth and beauty in women even influence news shows, where female news casters are expected to be young and physically attractive.

In 1995, 189 UN Member States became aware of the important role that the media has in changing gender stereotypes that influence how we think and act. They made women and media one of 12 criticaal areas of the Beijing Platform for Action and called the media everywhere to be part of the women’s advancement. It was agreed that the number of women in the media must increase, including women in decision- making. It was also agreed that more should be done to present women as leaders and role models in order to reduce stereotypes. Women’s involvement in information and communication technologies and media networks including electronic networks, were also pointed out as a way of how women’s role in the democratic processes can be strengthening.