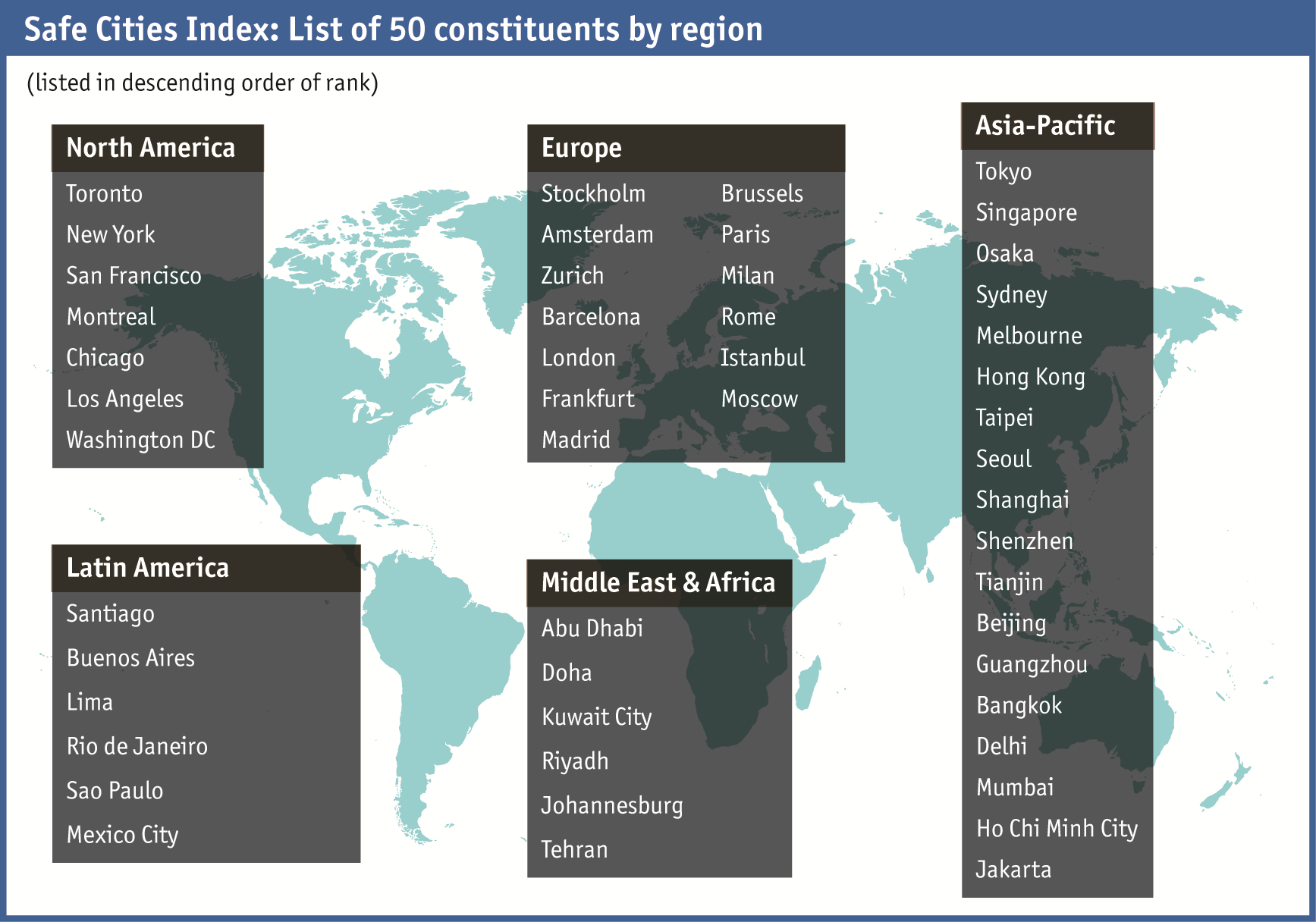 Hello people of the world!

I read some good news the other day for the people of Stockholm (and for people of 19 other cities in the world). Stockholm is actually the fourth (4th!) safest city in the world! How good news isn’t that? It’s a study called “Safe Cities Index” made by the newspaper The Economist where they measure;

1. Personal safety, which looks at crime, police engagement etc. 2. They also look at Digital security, where they look at the city’s cybersecurity, identity thefts etc. 3. Health security which looks at life expectancy, numbers of hospitals and population. 4. Infrastructure safety that covers quality of roads and how many people die from natural disasters and the like.

The study is topped by the Japanese capital Tokyo followed by Singapore in second place. Third place is taken by Osaka, followed by Stockholm on forth, and Amsterdam on fifth place. The top 10 consists of three Asian cities, three European cities, 2 Australian cities and 2 North American cities.

Something that is present of all the top cities of the study is a high life expectancy and a good income. Some other notes from this that they have counted on is that the current urban population is almost up to 4 billion people. I have a hate/love feeling about cities. I am myself from a really small rural town, like really small. I later moved to a city when I was 16. After that I’ve lived in cities most of my life, but I’m still not sure the city is for me. I do know that I could never live in a mega city, but possibly in a smaller city around half a million to a million people. Stockholm is a good size most of the time, sometimes it’s a bit to stretch out and it takes forever to go from point A to point B.

What do you prefer, big cities, cozy towns or outback?