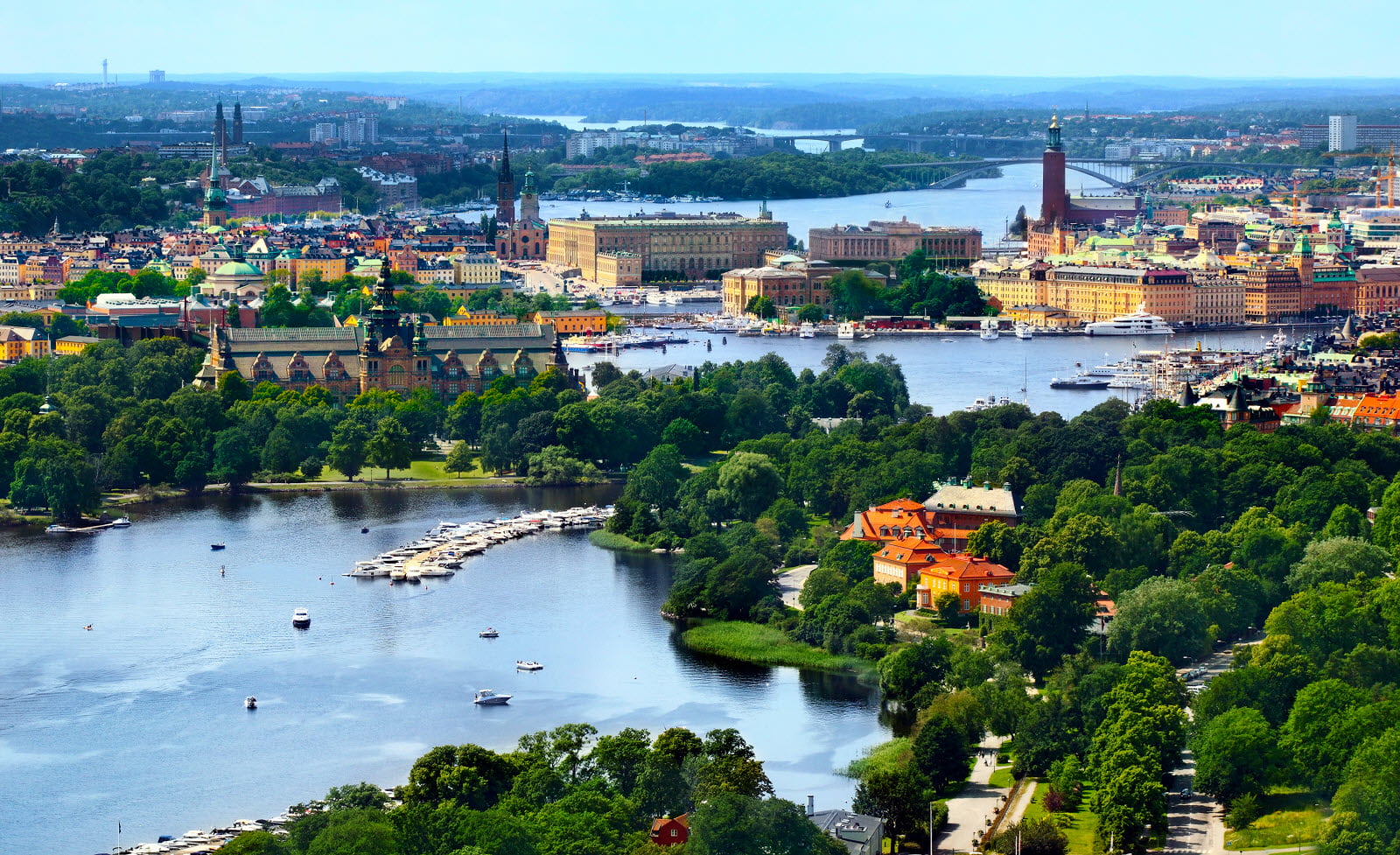 What comes to mind when you think about Sweden? If I had to answer this question the first three words that come to mind are: Ikea, Abba and Volvo! Well, joking aside, Sweden has much more to offer. The largest of the Scandinavian countries, with an area twice that of Britian, Sweden offers something for everyone. There are 9.7 million people in Sweden, of whom about 2 million are under the age of 18. Eighty- five percent of them live in the cities.

It has a spectacular landscape, incredible cities, a friendly and educated population, breathtaking countryside and a rich history and culture. In Northern Sweden you can find the rural landscape and beautiful green forests while in the south you can witness all those little red small houses scattered all over. The country’s south and west coast features some of the most picturesque beaches in Europe.

Generally speaking Sweden is a very relaxed and carefree place. Their liberal and open attitude can be noticed in every aspect of their life. Sweden is a multicultural country; 15% per cent of Swedes were born in another country. The capital, Stockholm, is also the largest city, with more than 850,000 inhabitants. Other famous cities are Gothenburg and Malmo. Uppsala and Lund are well- known as the university cities.

Swedes study and work hard but they also take their vacation and relaxation very seriously. A very important tradition is the fika. It can be described as a coffee break that normally consists of a coffee or tea, cookies or sweet buns. However, it can also include soft drinks, fruit as well as sandwiches. It is a very important part of the national culture and most Swedes will enjoy at least one fika a day as an opportunity to bond.

Sweden is a major exporter when it comes to culture, I can think of a few popular names right now from Abba, Zara Larsson to Avici. Sweden has long been a country that breeds innovation; it is considered to be one of the most innovative countries in the world. Swedes are the first ones to adopt modern technology and given the country’s equal society it allows for more new ideas. It is interesting to note that the Swedish government invests a higher percentage of GDP in research and development than most other nations. These are some of the most popular inventions that have changed the world are the pacemaker, ultrasound, adjustable wrench and Skype in 2003.

If you enjoy a drink every now and then you might want to stock some while in Sweden. I know it will come as a surprise but gas stations and local stores are forbidden to sell win and other alcohol. As a way to control the alcohol consumption in the country the government set up Systembolaget stores in 1955. This is a government owned chain of liquor stores in Sweden. It is the only retail store allowed to sell alcoholic beverages that contain more than 3.5% alcohol by volume.

If after reading this article you got very interested to learn more about Sweden, the following is a list of the most visited area in Sweden: