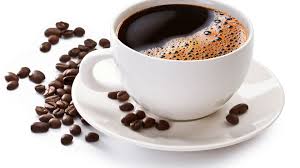 Over 400 billion cups of coffee are consumed ever year, coffee is one of the world’s most popular drink. Whether you are a coffee lover or not, there is a big possibility that coffee is available nearby. Coffee is everywhere- home, work, restaurants, street shops and every other place. Indeed, coffee is a normal part of every area of our society and has a very significant role.

For a lot of people it is unthinkable to start the day without coffee. Drank while getting ready or reading the newspaper, coffee remains the first choice for a lot of people to relaxingly start their routines and prepare for the day. The ever-growing number of coffee shops in every corner of the street all around the world is a proof that more and more people enjoy discussing, relaxing, enjoying, laughing and crying over a cup of coffee. In a nutshell, coffee is a way for people to relate to others.

Coffee is undoubtedly a major part of every important business gathering. Regardless of the nature of the business establishment coffee is also present. Many people depend on their caffeine rush to wake up and remain so.

The health impact of coffee has been a controversial topic for a long time. Those who believe that coffee is bad for health have always been on the winning side- until now. Recent studies show that drinking coffee has a positive effect on health. Experts have now confirmed what we all were dying to hear- coffee is far more healthy than harmful. And to confirm this I am going to give you 9 reasons why drinking coffee maybe healthier for you:

Lets celebrate this good news with a cup of coffee.