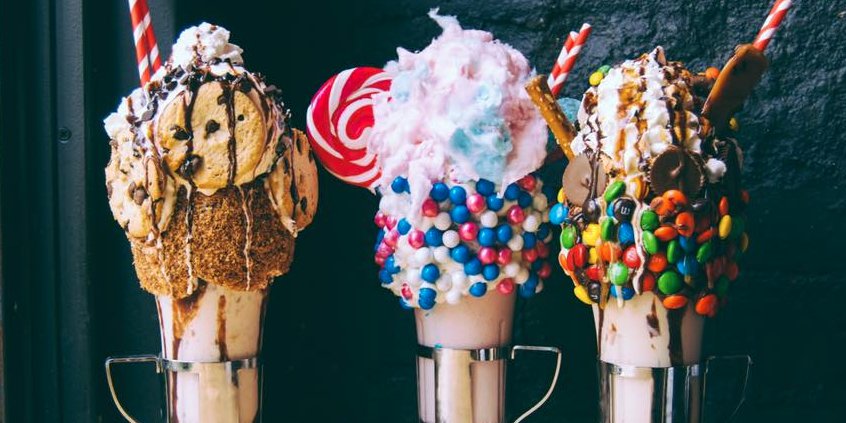 The first records one can find of ice-cream is around the 5th century B.C.  the first records one can find, on some sort of product which can be linked to the ice cream of today is; snow or ice, mixed with honey and fruits, which is thought to be created by the Greeks. Many were influenced by this frozen luxury, including the Romans and Chinese, who took this recipe and made it their own. The Romans mixed snow and ice with nectar, fruit pulp and honey, whilst the Chinese are said to have used several animals’ milk, heating it and allowing it to ferment. They then proceeded to mix it in with flour to thicken it and camphor for flavour, then cooled before being served. The method used by the Chinese is probably the earliest evidence found, that comes close to the ice-cream one finds today.

Ice cream is said to have been introduced to Europe when Catherine de’ Medici, an Italian duchess, arrived in France in the 16th century, when marrying Henry II of France. She is said to have brought with her Italian chefs that knew recipes for flavoured ices and sorbets. When showed to King Henry he was so amazed he offered the chefs lifetime pensions to keep the recipe a secret, as he wanted it to remain a royal privilege. However, there is little to no evidence supporting this, and is often passed off as a myth. However, ice-cream did not reach America until much later, when the recipe was introduced by colonists.

Previously ice-cream was considered a luxury, as due to the lack of refrigeration one couldn’t access ice all year round or store it, and in order to retrieve the ice a lot of hard manual labour was needed. The ice had to be cut from lakes and ponds during winter and then stored underground or in brick ice houses, heavily insulated by straw. This was then made into ice-cream using the pot-freezer method; made by hand in a large bowl, inside a tub filled with ice and salt which help reduce the temperature of the ingredients below the freezing temperature of frozen water. This complex method, made ice-cream expensive and prevented it from being available for everyone. Luckily enough, in September 9th, 1843, Nancy M. Johnson made an artificial freezer, containing a tub, cylinder, lid, dasher, and crank, made ice cream easy to make, and inexpensive. After this many started opening their own commercial ice-cream factories, and this created an ice-cream industry,

Nowadays, ice-cream is available nearly all over the world. Especially as due to cheap refrigeration, ice-cream has become inexpensive and a luxury almost everyone can afford. A huge variety of flavours have also been introduced allowing anyone, no matter what flavour preference to consume it. Ice-cream has become a beloved dairy product all around the world, especially in warmer countries, therefore, I think it is a product that will remain with us for many years to come.